This owner-occupied home in the midst of the Dayton historic district is in the process of being painstakingly rehabbed. Interestingly, 415 Sixth Avenue was featured in the book, Architecture in the United States, by Dell Upton for the Oxford History of Art. The owner’s first major endeavor was restoration of the exterior, including many details in the façade that make the home a standout in the historic district. The home was recognized by the local Civic Club for its improvements. Before and after photos make you feel a part of the process. Inside, the home boasts original details from woodwork to windows. Techniques like exposing the brick wall in the kitchen complete the urban vibe. 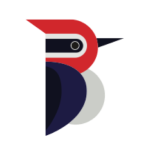 Join us for our Oct. 3 tour: in person, in Covington